Yeah, but where are you REALLY from?

‘Where are you really from?’ – like I had a brain fart and told you “Australia” but really, I meant somewhere else. Like I’m going to change my answer just because you put really in there.

My problem isn’t with people asking where I’m from, it’s with the rejection of my first, second and sometimes, third answer – Australia; Perth, Australia and then Australia again. Yep, I’m sticking with my guns, I’m from Australia.

If you are a person of colour from a western country, it’s highly likely you’ve had similar conversations.

Apparently, the only acceptable answer is somewhere in South East Asia because clearly, my squinty eyes and yellow-brown skin (I’m still not sure what my skin colour is) denotes that I couldn’t possibly be from a multi-cultural country like Australia.

The question “where are you from?” seems innocuous. And I know that for many people asking the question, it comes from genuine curiosity. But it’s the follow-up question that is tedious and tiresome for people like me. You see, if I looked like this… 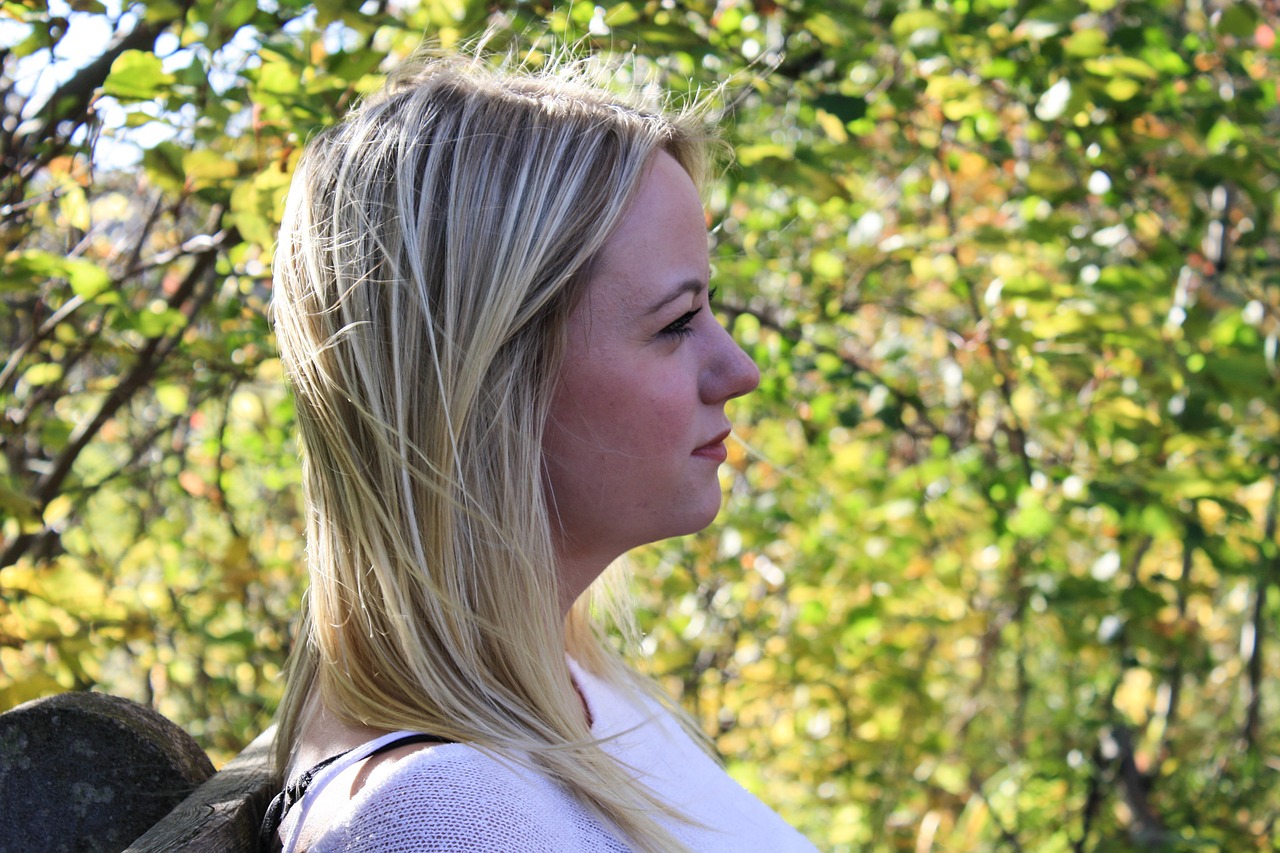 no one would question my response. But guess what the first boat people in Australia looked like…

It perpetuates a belief that Australia is a white nation

The question – “where are you really from?” is a pernicious one. What people are really asking is “why are you different?” And while I love talking about people’s ethnicity and heritage as well as my own, the question implies that because you look a certain way, you can’t be from Australia (or the US, UK or any other western country).

I genuinely wonder, how many generations of non-white descendants need to be born in Australia until the question will stop being asked? The last I checked, Australia is a beautifully diverse country made up of immigrants from all around the world. Outside of Indigenous Australians, most people can only trace back 2-4 generations of Australian born descendants. But hey, because they’re white, they’re allowed to be from Australia and I’m not.

And if you think it’s mostly foreigners asking this, you’re wrong. I am asked this by white Australians a lot.

The problem that I have this is that it perpetuates a subconscious belief that Australia is a white nation and that other Asian descendants like myself always belong to another country. Perhaps this is the reason that even to this day, I still hear “go back to where you came from”.

The pressure to conform and not give into the stereotype

Growing up and not wanting to be boxed into the Asian kid stereotype meant I spent the first year of my high school pretending not to be smart, exclusively hanging out with non-Asians and doing everything I could to be “white” because that was “cool”.

I felt enormous pressure to conform and be like my white friends – so I wanted to reject many wonderful things from my heritage. I used to hate speaking Vietnamese and felt ashamed every time my mum would pack me a delicious but smelly lunch.

I wanted to do everything to prove my Australian-ness by not embodying any of the stereotypes often perpetuated by film and tv shows that paint Asians to be nerdy, good at maths and bad at using the L letter in words. Even when I eventually embraced the fact that I was smart, I still distanced myself from the exchange students because I didn’t want to be seen as “from Asia”.

I realised as an adult that my heritage was something to be proud of but the truth is, I’m not sure if this revelation came solely with wisdom or because dim sum finally became cool.

Unfortunately this pressure to conform means that we have many first generations born Asian descendants who only speak English and no longer have any connection to their heritage.

People are allowed to be curious

I have had people tell me that I’m too sensitive because I get annoyed at this question. I disagree.

I am absolutely all for people wanting to know more about my heritage. My question is, why don’t white people ever get asked? Is it because they don’t have culture, heritage or traditions? Surely not.

For me, if you are someone who is curious about people’s heritage, be consistent. Ask everyone. Otherwise, perhaps it’s time you ask yourself why you ask the question in the first place.

The fact is, many people asking this question aren’t necessarily interested in the specificities of my heritage, they want to know what box to put me into.

Ultimately, the impact for a person like me who often receives this question is that I am not a true Australian and that I am forever a foreigner in my own country.

This means that because of the way I look, it’s apparently okay to ask me if I speak English when I’m working a  Vodafone store in Australia. Because it’s assumed I am from another country, I am asked “where did you learn to speak English?’ I’ve even had other Aussies surprised that I speak with an Australian accent.

How white will my kids/grandkids/great-grandkids have to look before people start accepting that they are from anywhere else other than Asia?

So, what are the alternatives?

For travellers, “where are you from” is usually one of the first three questions we often receive or ask. My reasoning for asking is usually because I’m sussing out some free places to crash for future travels! But really, I think in this context, people aren’t bothered it. It’s when the first answer isn’t acceptable that it becomes a problem.

If you are genuinely curious about any person’s heritage and don’t want to get caught in the roundabout conversation that is extremely tedious for many people of colour, here are some creative alternatives:

But before you even get there, just ask yourself: Why do I want to know? 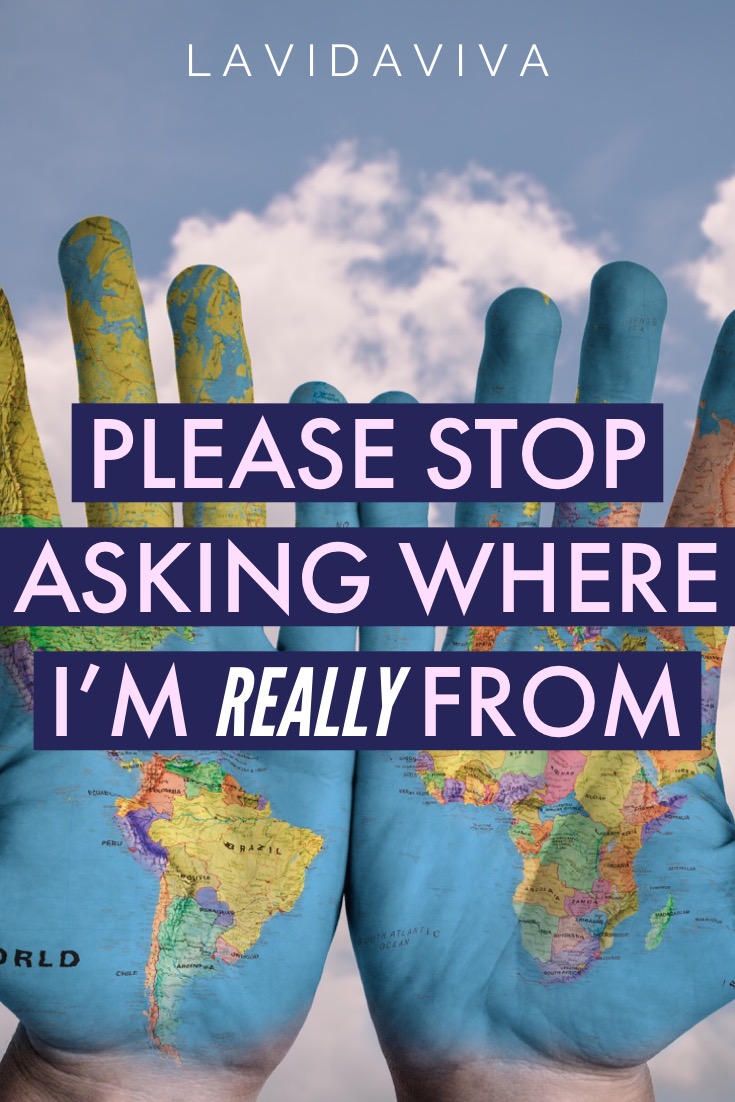 10 thoughts on “Please Stop Asking Where I’m REALLY From”